The Cost of Happiness In the US and Around the World

Does the amount of money you earn and save correlate to how happy of a person you are? Can a successful job really determine how happy you live your life or can being materialistic actually result in the opposite? To uncover the key to happiness, the team at DirectlyApply has analysed major cities around the world including US states to reveal the true correlation between happiness and wealth.

Analysing data from the World Happiness Report for the happiest countries and US states against the average salary and retirement savings around the world - we’ve uncovered just how much wealth you need to have in order to live an amazing life.

The study also reveals the average retirement age and life expectancy of the happiest cities and states, illustrating where in the world you should look to move to if you want the longest life possible whilst also retiring at the earliest age!

Study Reveals the Top 10 Happiest US Cities Have an Average Salary of $44,903! 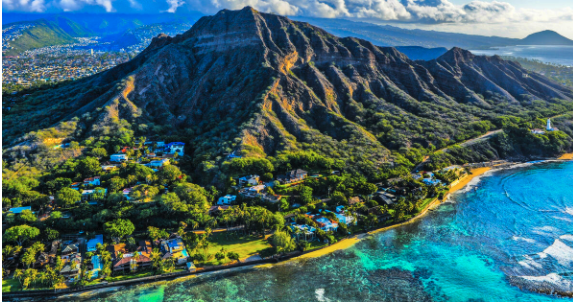 Just how happy are America’s happiest residents? Hawaii came out on top as the happiest state to live in, followed closely by Utah and Minnesota. Analysing the top 10 states against their average salary income, the study revealed you need to be earning $44,903 in order to be a happy American!

To achieve happiness when moving to Hawaii, residents will need to earn on average $38,604. However, for Utah and Minnesota, the average earnings increase drastically to $45,563 and $51,339 respectively - suggesting you might be better off moving to Hawaii in order to be happy if you’re on a tighter budget.

One of America’s most popular states, New York, ranks 13th on the list - but happiness here comes at a big cost. The cost of happiness in New York will require residents to earn more than $68,000, followed by the second highest salary in Washington at $69,771. 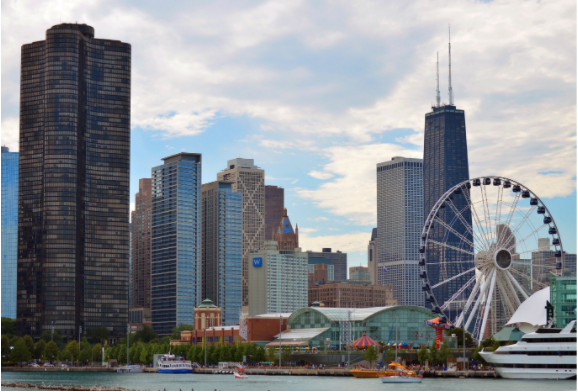 Analysing the retirement age in the top 10 happiest states in America, 63 is the average age you need to look to retire in order to be happy.

But if it’s an even earlier retirement you’re looking for, Utah and Louisiana residents can look forward to the retirement at just 61 years old. Hawaii, which is ranked as the happiest state in the US has a retirement age of 62, providing possibly the perfect correlation between happiness and your age of retirement.

Our findings also revealed that Arizona, Wisconsin and New Mexico are the worst states to move to for an early retirement, with the retirement age averaging 66 years old.

These Are the Top 10 US States for an Early Retirement 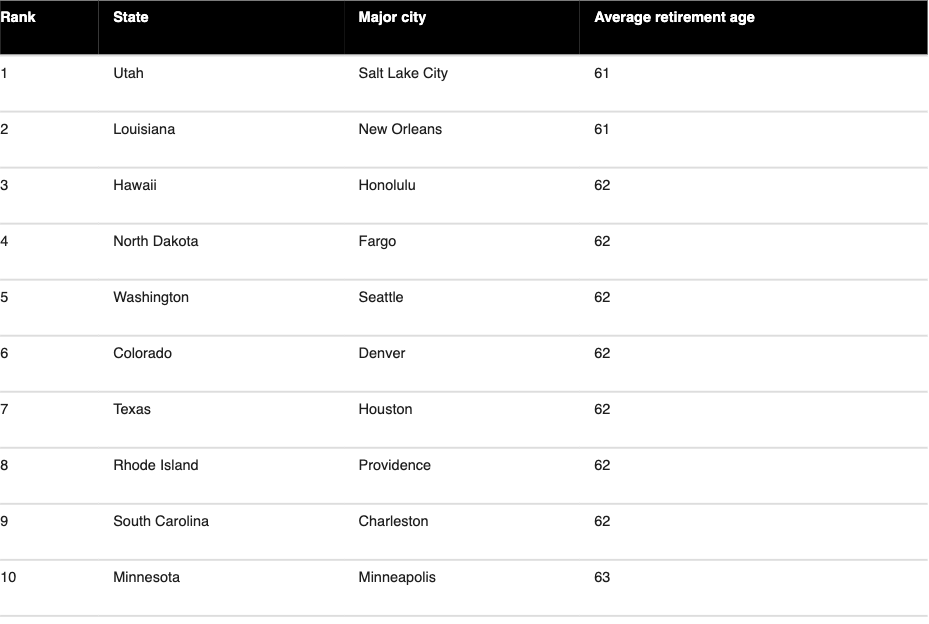 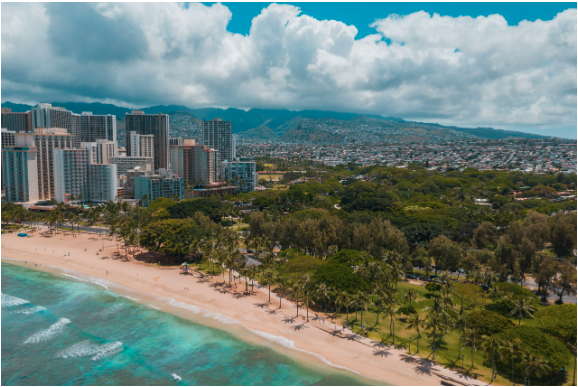 Life’s short, so make sure you live until at least 80! Analysing the top 10 happiest US states, residents in these cities will live on average until 80. With an average life expectancy of 82.3 years, Hawaii which has been dubbed the happiest state in America, with also the longest life expectancy in America! This is closely followed by California and New York, with average life expectancies averaging 81.6 years old and 81.3 years old respectively - but take note, as it comes at a cost with the average required salary topping over $68,000 in order to be ‘happy’!

The Top 10 US States for Highest Life Expectancy 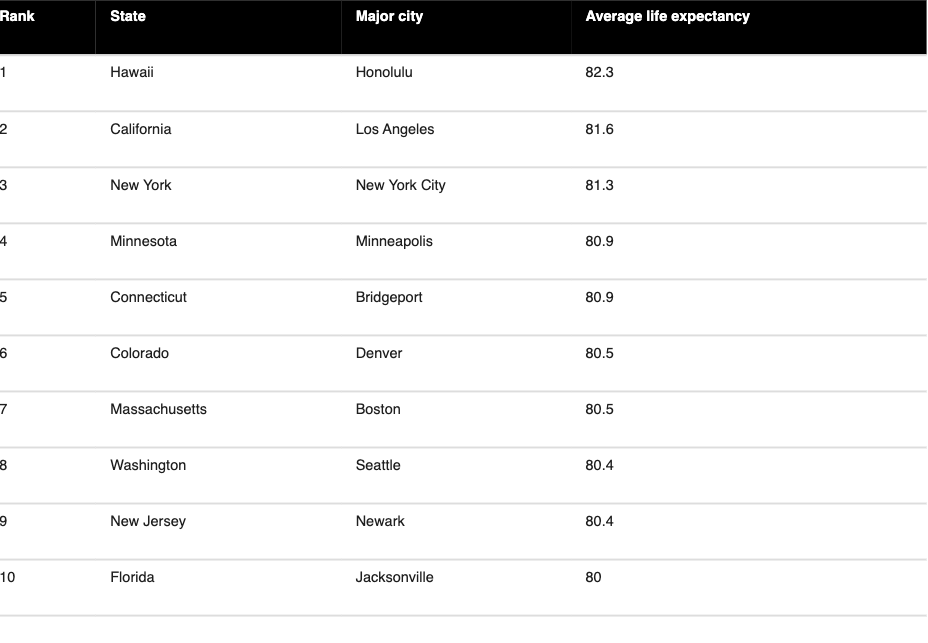 Study Reveals the World’s Top 10 Happiest Cities Have an Average Salary of Just £31,685! 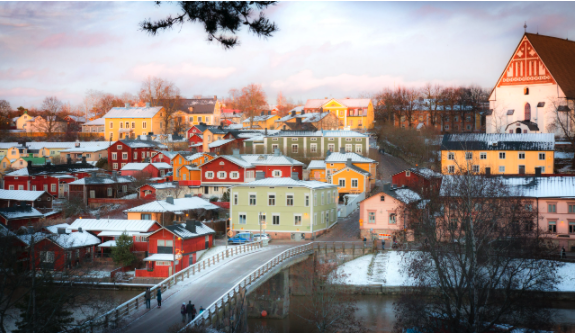 When analysing the happiness and wealthiest countries and cities around the world, Helsinki ranked as first with a happiness score of 7.76 out of 10. In order to make the most of living in Finland, residents will need to earn on average £31,685 in order to be the happiest in the world. Interestingly, this is also a whopping £6,349 less in earnings compared to second placed Copenhagen!

Oslo, Reykjavik and Bern in Switzerland follow with happiness ratings ranging between 7.55 and 7.48. However, due to these countries' high living costs, individuals will need to earn between £31,585 and £55,750 to be happy!

The Top 25 Happiest Countries to Live in

The Retirement Age of the Happiest Cities Around the World Is 65 Years Old! 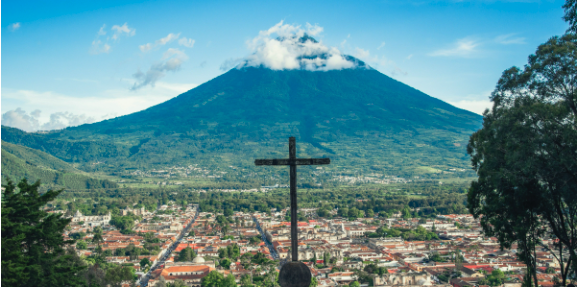 Analysing the retirement ages of the top 10 happiest countries in the world - 65 is the optimum age to retire if you want to be happy! Luckily for most, this is the average retirement age across the globe - so it’s really crucial to make sure you aim to retire by this age and plan early.

If you’re looking to move to a country where you can retire early and live your best years, look no further than Guatemala City! The city has an average retirement age of just 60 years old.

Malta ranks as the second best country for an early retirement, with retirement ages average at 62 years old. The ever popular destination of France has a retirement age of 64 years old - an option for many who are looking to see out their final years in a profession! 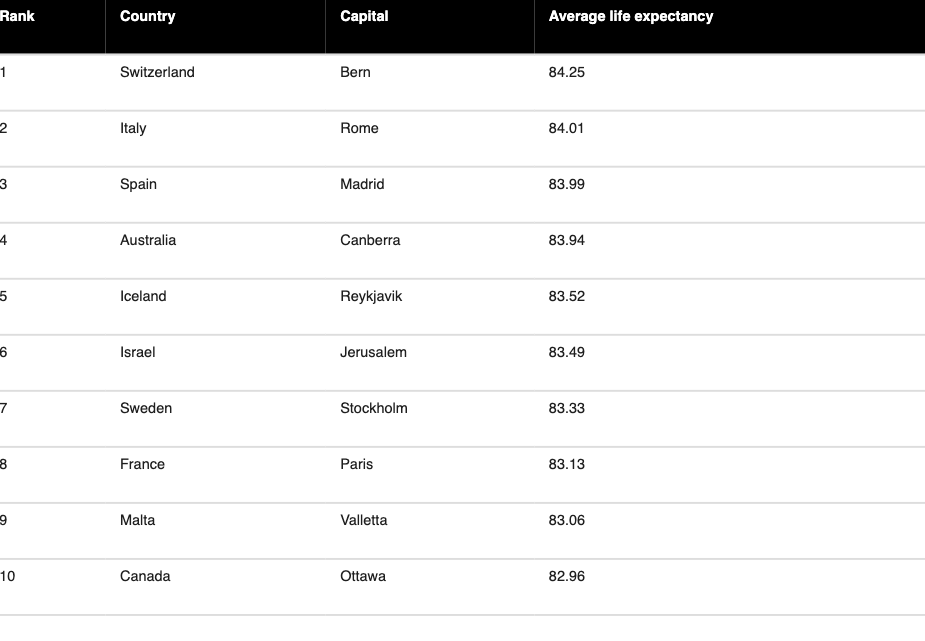 Switzerland Ranks First as Having the Longest Life Expectancy at 84 Years Old! 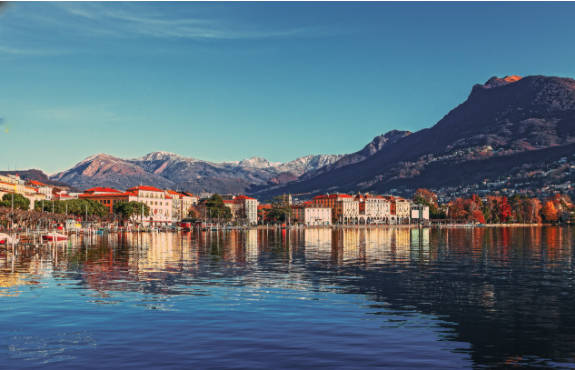 To match its beautiful scenery, Switzerland holds the highest life expectancy at 84.25 years old. For those who are looking to move to another country for the remainder of their lives, this country allows for the highest level of opportunity to be happy in retirement. Italy closely follows with an average life expectancy of 84.01 years old.

Of course, and it must be said, this all comes at a cost - with the average required salary to be happy in Switzerland reaching $61,460!

The Top 10 Counties for the Highest Life Expectancy 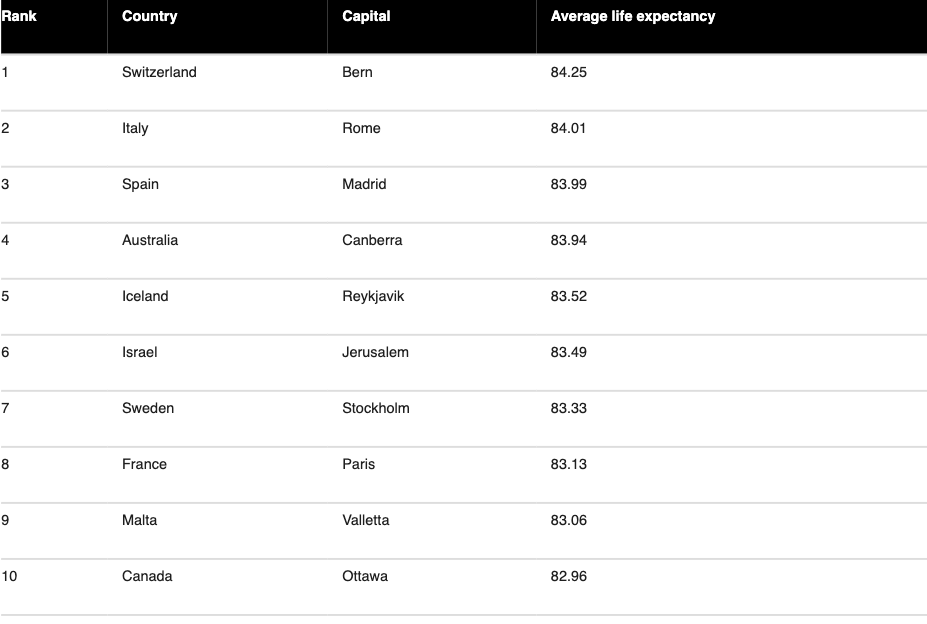 In order to calculate the cost of happiness we took the happiest American states and countries worldwide from the world population review, analysing the average yearly salary from numbeo to calculate how much consumers need to earn to be happy. In addition to this, we also analysed the average retirement ages for each state and country as well as the average life expectancy.

This study included all 50 US states, where the top 25 happiest states are used. For the full research on all states as well as the top 30 happiest countries, please get in touch.

If you’re interested in covering our study, we only ask to please refer back to this study with a link to this post.