‘How Can I Get Feedback After Being Rejected for a Job?’ 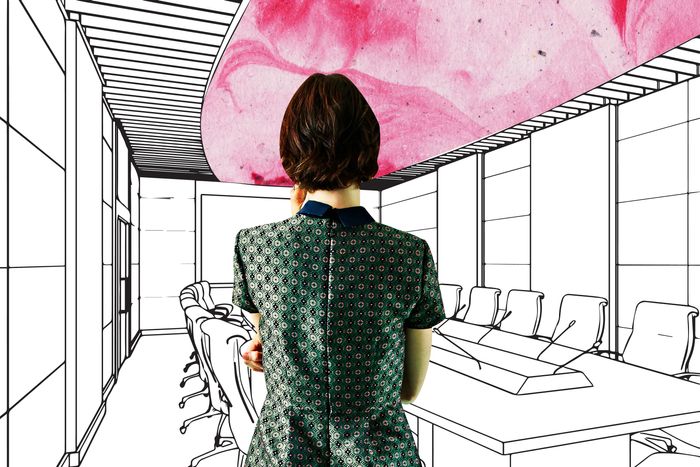 Do interviewers ever give feedback if you don’t get the job? Since being furloughed, I have been frantically applying, interviewing, and getting to second (and sometimes third) rounds of the hiring process, and then I get rejected. With so many people out of work, I understand that the job market is tough, and I simply move on to the next one. It’s all good. But since I am getting to the initial rounds easily enough but not beyond that, it seems to me that I might be doing something wrong — though I really don’t know what.

Employers all say they are happy to keep my résumé on file, and my interviewers often connect with me on LinkedIn, saying they want to stay in touch about other roles because they think I’m a good candidate, just perhaps not for this particular role. So it seems as if generally they like me and think I’m a good cultural fit, and I don’t believe I’m coming off as desperate, creepy, or otherwise off-putting. When they send me the rejection or the LinkedIn connection request, I thank them again and then ask them politely for feedback on how I could improve, whether there were skills they were looking for that I didn’t highlight or should look into improving, and/or what the hiring manager’s feedback was, and then … radio silence.

None of the companies I have applied with have given me any commentary at all. That is a lot of rejection, and I still have no indication about why. I suspect it’s kind of like being an actor, where the director just felt another actor was a “better fit.” But these are media and marketing roles that require skills and experience that you either have or don’t have. Once upon a time, I would get feedback, but since COVID, nothing.

Do you have advice on how I could better approach asking for feedback? Have employers just stopped giving it as a rule?

It’s always been relatively hard to get genuine feedback from an employer after you’re rejected from a job. It’s not something new since COVID – although you might find employers are even less likely to give feedback right now because they’re dealing with so many more applicants than usual.

That doesn’t mean you’ll never find interviewers who will give you a candid assessment. They’re out there! But more often than not, employers are wary about sharing the real reason they rejected someone, especially if that reason isnn’t straightforward and easy-to-understand like “we’re looking for more experience in X.”

There are a few reasons employers shy away from giving candidates feedback along with rejections. First and foremost, they’ve often been advised by lawyers or HR not to, out of fear that it could cause legal problems. For example, if an interviewer rejects you because they want someone who’s fluent in French, tells you that, but then later hires a candidate who doesn’t speak French after all (because she wowed them in some other legitimate way that overcame her lack of French skills), you might conclude they lied to you and start wondering if they just didn’t hire you because you’re, say, pregnant or disabled or a woman or an atheist or something else that could cause legal headaches for the company, even though the reason they gave you was the real one. Or, the employer might be worried about interviewers speaking sloppily — for example, telling you they want someone “more junior,” which you interpret as “you’re too old” (i.e., age discrimination), when they really meant was that “this position would be a big step back for you.” So companies often find it easier to just issue blanket “don’t give feedback” guidance to employees involved with hiring.

Second, the reason you were rejected isn’t always something hiring managers will feel comfortable sharing. It’s one thing to say something like “we’re looking for a higher level of proficiency in data analysis.” It’s another thing to explain to a candidate that they didn’t seem quite smart enough or their interpersonal skills were off-putting or their lecherous stare creeped out the interviewer.

Third, providing useful feedback takes time that busy interviewers often don’t have. Many interviewers are doing hiring work on top of their regular workloads and can’t justify the time it would take to look back through interview notes, remember context they might have put out of their mind right after making a decision, and then wordsmith that into something they’re comfortable sharing with you.

Moreover, a lot of interviewers have been burned by giving feedback in the past. Anyone who’s done a lot of hiring has encountered candidates who argue and want to debate the decision. That’s not the case with most candidates, but once you’ve had someone blow up your phone with angry messages after you tried to share some advice, it can make you hesitant to do it in the future.

More than anything, though, the answer often just comes down to, “You were fine, but another candidate was stronger.” That, of course, is the crux of most rejection letters: “Your qualifications were impressive, but we chose a candidate who better met our needs,” blah blah. That language often irks job applicants because it seems so vague, but much of the time it’s perfectly accurate, albeit unsatisfying.

All that said, sometimes you will find employers who are willing to give you feedback. They’re more likely to do it if you’ve made it to a later-stage interview, and especially if you felt you had good rapport. You’re also more likely to get a useful response if you ask via email versus on a phone call. Email gives the person time to gather their thoughts before responding, whereas a call can make them feel put on the spot.

When you reach out, be sure your request makes it clear you understand that you’re asking for a favor and aren’t seeking to argue the decision; you’re just hoping for information that will help you move forward in your career.

It helps, too, to make your email as personable as you can. You’re less likely to get a useful response if your request sounds perfunctory, as if someone told you to ask for feedback and so you’re dutifully checking off that box. That’s actually what most requests I get sound like! They usually just say something like, “I would appreciate any feedback you can give me about how I can be a stronger candidate in the future. Thank you for your time.”

You’re more likely to get meaningful feedback if you instead say something like this: “I really appreciated the time you spent talking to me and the insights you shared into the ___ field. I wonder if I could ask you a favor. I’m extremely interested in moving into a position like X, and I would be grateful for your feedback about how I can better position myself to do that. Are there weaknesses I could tackle, or any way I might be tripping myself up without realizing it? I’m passionate about working in this field and really respect your achievements, and I’d so appreciate any advice you can share with me.”

You still might not hear back — that’s just par for the course in job-hunting, so don’t get too invested in receiving a response. But some interviewers will help when they can, so it’s worth a shot, especially for jobs that you really wanted.

Order Alison Green’s book Ask a Manager: Clueless Colleagues, Lunch-Stealing Bosses, and the Rest of Your Life at Work here. Got a question for her? Email [email protected] Her advice column appears here every Tuesday.

This article was originally posted on The Cut

I have an interview tomorrow morning and I really need this job and an income. Please wish me luck

Why are companies ridiculous?!

Search for a job