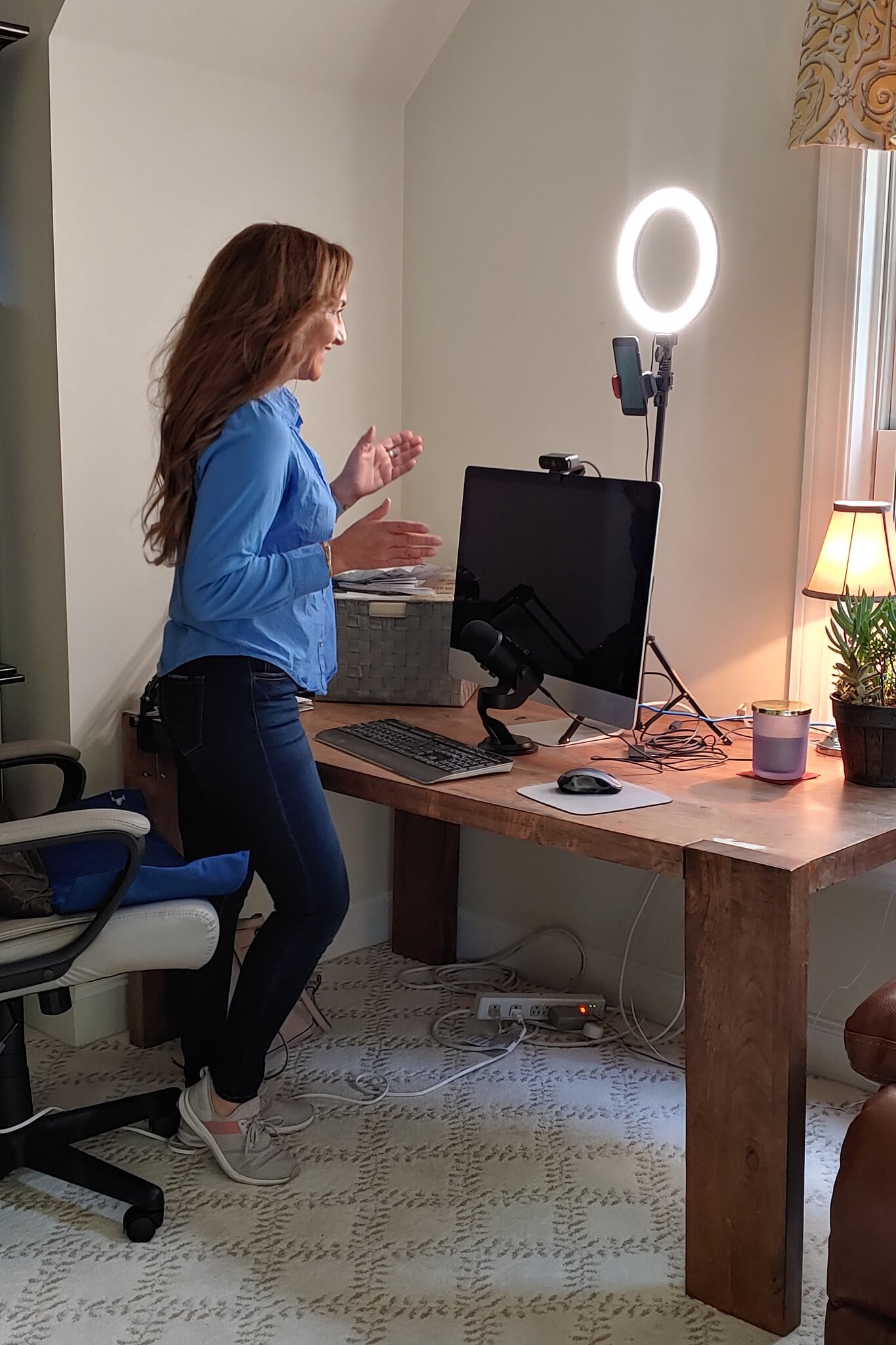 Career coaches are watching their follower counts soar on the short-form video app in the midst of a global recession.

J.T. O’Donnell has been helping people navigate their job searches and career paths for nearly 20 years. But only recently did she start doling out professional advice on TikTok.

Ms. O’Donnell, 52, is one of several career coach influencers offering bite-size advice on TikTok. She joined the app in December but didn’t start regularly posting until March, when the pandemic began and many millions of people saw their jobs disappear and their career prospects shrink. Seven months later, she has more than 900,000 followers.

Though she runs a coaching company and a blog, writes a syndicated newspaper column and is part of LinkedIn’s influencer program, Ms. O’Donnell said that TikTok has helped her reach a new audience.

“The TikTok audience is very different than the LinkedIn audience, and that was super-important to me,” she said. Its users skew much younger, and many of them have yet to embark on career paths, or even begin thinking about what they might like to do.

Others saw their plans disrupted by this devastating year; in the spring, youth unemployment reached a record high in the United States, and in Europe, people 25 and under have been disproportionately affected by the crisis. Job insecurity, paired with cuts in college career services, has created a fertile environment for free advice.

“There’s a very expensive business model in coaching, which I think is severely broken, so what we’re trying to do is disrupt that,” Ms. O’Donnell said.

In addition to posting tips on TikTok, she has started to offer “micro-payment events” through her company, Work It Daily: six-and-a-half-hour live job-search summits for $10, weekly four-and-a-half-hour boot camps for $7, and video tutorials, templates and books for $5. The idea is to increase access to information and empower people from all backgrounds in the job market.

Other creators leading the charge on career literacy include Madeline Mann, 28, who is known as the Self Made Millennial; Jenny Logullo, 26, a career coach; and Cathryn Patterson, 42, a former tech executive who describes herself as “America’s Favorite Career Mom.”

Tómas Del Razo, 28, who lives in Los Angeles and follows Ms. Patterson, said that Ms. Patterson’s TikTok account is “providing tools and information that are beneficial to people who are unemployed or looking for an escape in these times.”

Julian Parra, 22, a former peer career ambassador at Babson College in Wellesley, Mass., posts as @youknowitjulian on TikTok, where he has more than 136,000 followers. “I realized that there was almost a need for this type of career development content because maybe people just want a quick video to get the information that they need in the most easy-to-consume way,” he said.

Mr. Parra now works as an offering manager at IBM and makes around $1,000 a month on the side, mostly through his résumé, cover letter and LinkedIn services. He also receives a small supplement to his income from the TikTok Creator Fund, which supports eligible users who apply.

This trend is hardly confined to the United States. In Britain, the Prince’s Trust — a charity founded by Prince Charles to support young job seekers — has teamed with TikTok to help young people navigate their careers.

Shadé Zahrai, a 32-year-old Australian career strategist, has amassed more than 456,00 followers on TikTok since joining in April. “If you can just help one person, then it’s been a great day, and with these platforms, you’re able to help masses of people,” she said.

Fui June Loo, 22, came across Ms. Zahrai on her For You page. After following her advice in an interview for a digital marketing executive position in Malaysia, she secured her first full-time job. “TikTok really helps a lot, especially for new grads as we live through this pandemic,” Ms. Loo said. “It’s pretty hard, and we don’t know what to expect from the working world.”

Ms. Zahrai’s firm has begun fielding requests from C.E.O.s and Fortune 500 companies who found her through TikTok, and she said the coaching side of her business has grown substantially as a result of inquiries coming from the app. She noted that she has received many questions from people feeling overwhelmed by uncertainty about their future.

“What I’m finding is there’s this real desire to seek guidance from someone who they can trust,” Ms. Zahrai said. “It’s almost like having a mentor or counselor in your pocket.”

This article was originally posted on NY Times

I have an interview tomorrow morning and I really need this job and an income. Please wish me luck

Why are companies ridiculous?!

Search for a job